Canada is the second-largest country in the world with about 9,970,610 square-kilometers lands, with Ottawa as its capital and Toronto as the largest city. It is composed primarily of people coming from three distinctive descents: British, French, and the Aborigines. The diversity of its population led its government to adopt bilingualism where French and English are the official and common languages. This bilingualism has made the everyday life of a resident more enriched and has made the experience of any tourist visiting Canada more interesting. One gets to say “Good Morning” to a pedestrian anywhere in Canada and “Bonjour” to another one, especially in French-speaking majority Quebec.

Flying to Canada from any international airport in the world is possible and without inconvenience. From the northern states of the USA, one could hitchhike or travel by land. To experience Canada is to experience art at its finest.

In Canada, you would also find three internationally known ballet companies: Royal Winnipeg Ballet, the National Ballet of Canada in Toronto, and the Les Grands Ballets Canadiens de Montréal. These ballet companies show the dedication and self-discipline of Canadians. It also showcases their commitment to a life of finesse.

There are several professional theaters that flourish in Canada. Some of them are the National Arts Centre in Ottawa, the Old Court House Theatre, and Théâtre du Nouveau Monde in Montreal. The Stratford Shakespearean Festival is held every summer at Stratford, Ontario.

Of the visual arts, painting has been the most successful in expressing the Canadian national identity. Paintings of famous nineteenth-century artists like Paul Kane and Cornelius Krieghoff are displayed in museums and personal collections in Canada. Of the twentieth-century painters, Emily Carr, Alfred Pellan, and Paul-Emile Borduas are featured in exhibits that take place in prominent galleries like that of the Royal Ontario Museum.

Alanis Morissette, the sumptuous singer that croons classic alternative songs such as Ironic and Hand in My Pocket. Sarah McLachlan, the eloquent beautiful country-rock singer that writes majestically melancholic and poignant songs such as Angel (the soundtrack of City of Angels), I Will Remember You, and Building a Mystery. Celine Dion, the lanky swanky soprano that has earned not only millions of dollars from one hit song to another but has been loved by people of different colors. Pamela Anderson, the petite vixen in Baywatch. Jim Carrey, one of the most hilarious men that the world has watched on TV and on widescreen. Kim Cattrall of Sex and the City. Avril Lavigne who sang Skater Boy. Mike Myers of the Austin Power fame. Shania Twain, Bryan Adams, Paul Anka, Neve Campbell, and Nelly Furtado. All of them are Canadians. They are all born in the sweet cradle of arts, Canada.

The Trois Rivieres and Batiscan Region of Quebec


Historical and Natural PlacesAs a newcomer on Goparoo, I would like to offer you an original point of view of the French-speaking societies in North America (Quebec, Acadia, New England, etc.). As a French-Canadian, I think


My second Wikiveler article will be about the magnificent Richelieu Valley beginning at the Champlain Lake near the U.S. Border to the Sorel-Tracy region where the Richelieu River slowly ended up in the St.Lawrence River. 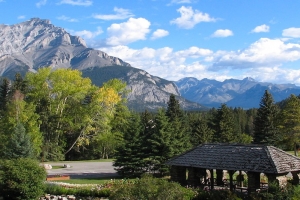